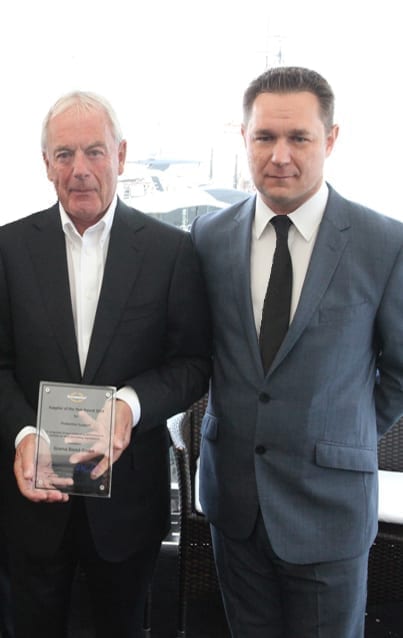 Supplier of the Year Awards 2014

Sunseeker International Limited’s Supplier of the Year Awards were hosted by Andrew Macdonald, Director of Procurement, at the 2014 PSP Southampton Boat Show on Tuesday 16th September. The awards were presented by Founder and Acting President Robert Braithwaite CBE DL at a reception for the award winners. The awards are annually presented to suppliers and partners who have been recognised by the business for their outstanding performance in meeting Sunseeker International’s standard.

Robert Braithwaite commented “Our supply chain plays a key role in operating, maintaining and improving our brand, which means working in close partnership with our suppliers to meet the diverse needs of our customers. Our Supplier of the Year award winners have demonstrated that they are willing to help us create a long-term competitive advantage, leading to our collective success.’’

This year’s award winners were: